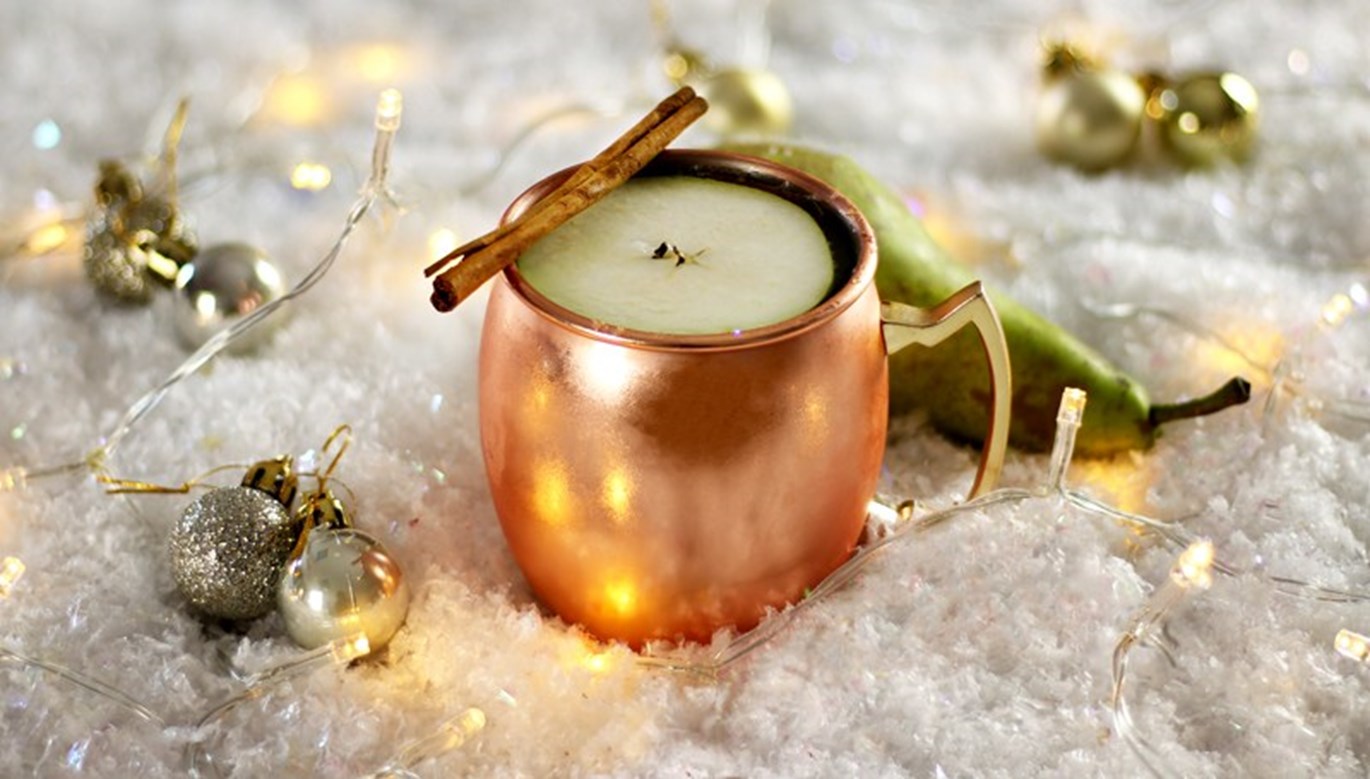 How to Make a Spiced Pear Moscow Mule Ingredients: 50ml of Cinnamon Infused Vodka Half a Pear Ginger Beer A Slice of Pear and Cinnamon Sticks, for garnish Method: Using a bar knife, cut the pear into small pieces Add the pear chunks and cinnamon infused voda to the bottom of a mixing glass Gently muddle the pear and the vodka together Using a hawthorne strainer strain the vodka and pear through a fine mesh strainer into a glass Top up with ginger beer Garnish with a slice of pear and a cinnamon stick